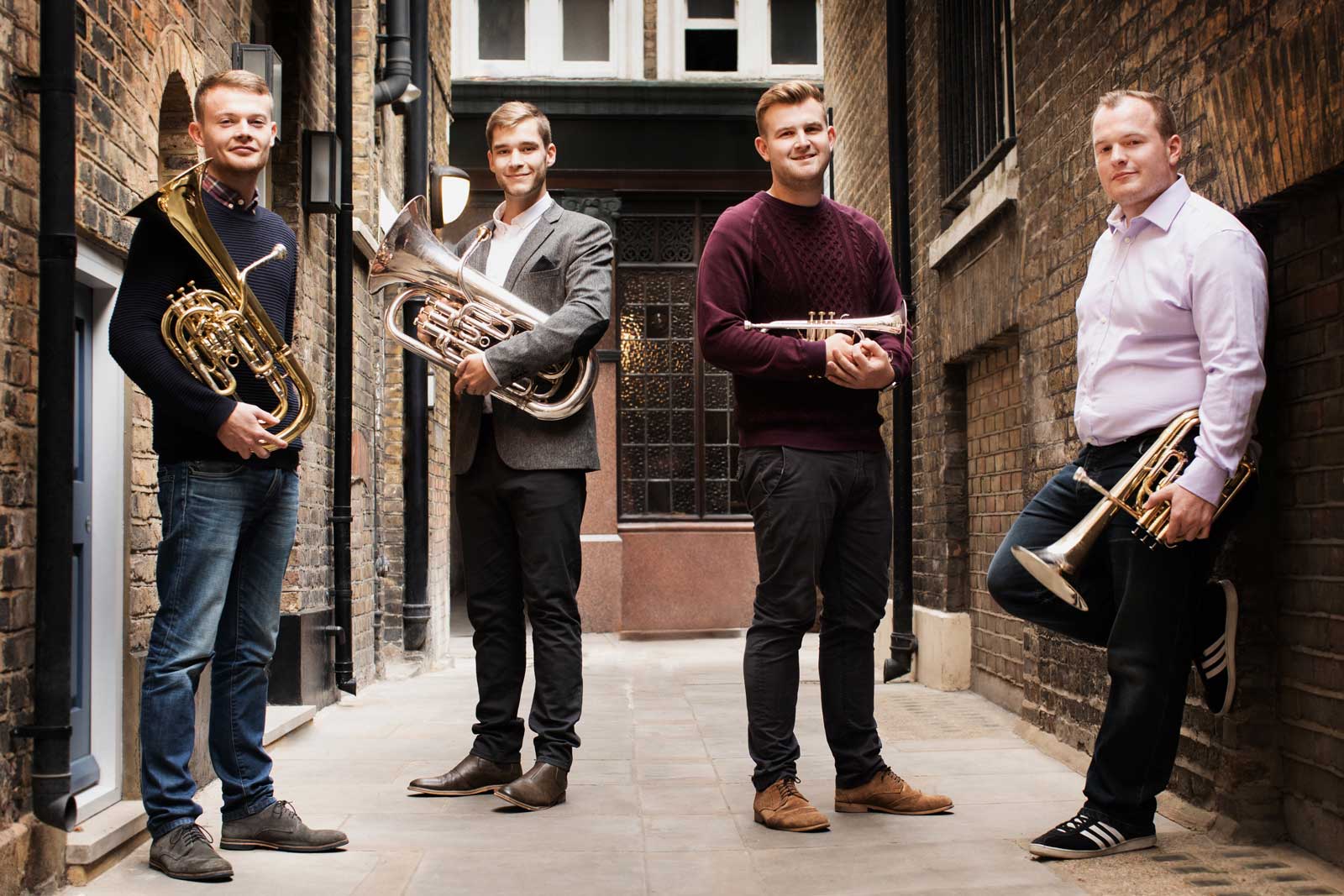 A4 Brass Quartet comprises of principal players from some of the UK’s top brass bands, including Black Dyke, Brighouse & Rastrick and Foden’s.

With “technical virtuosity in abundance” (Brass Band World), these four astonishing musicians come together to perform both lyrical and high-octane works, forming a distinctive and new take on chamber music.

The Quartet has a unique blend of instruments

The Quartet has a unique blend of instruments, with a cornet, tenor horn, baritone and euphonium creating an exclusive sound that stands out from the standard brass quartet.  With this unusual instrumentation, A4 Brass has actively developed their repertoire, commissioning new music, composing and arranging music themselves. 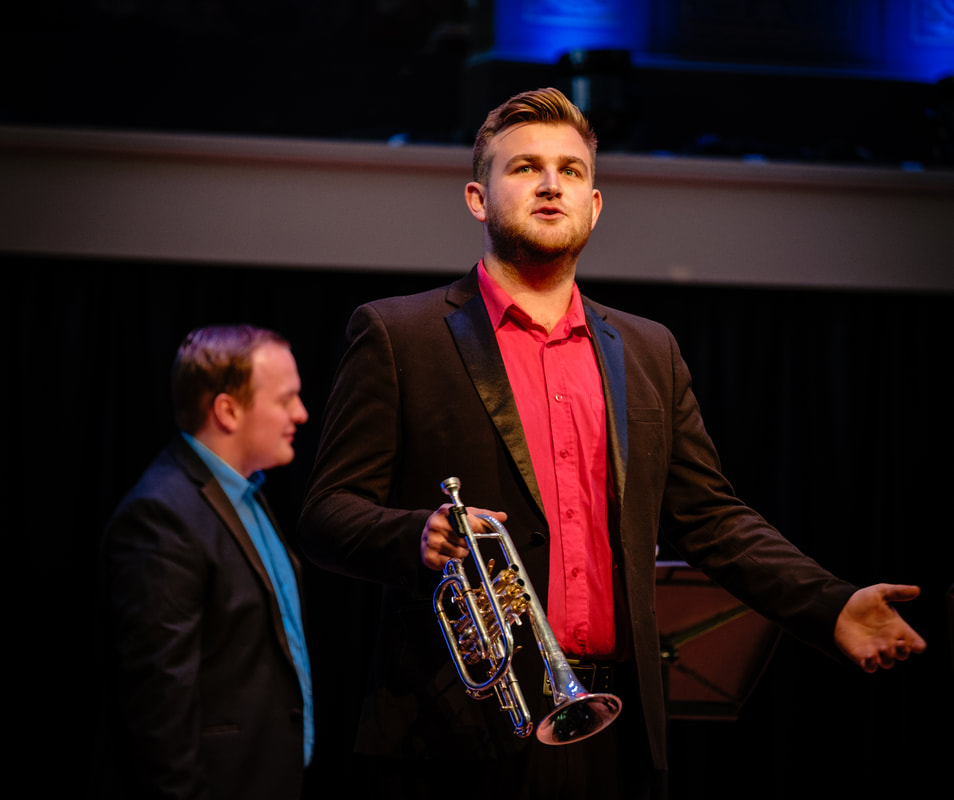 Formed in 2013 at the Royal Northern College of Music (RNCM), A4 Brass Quartet has gone on to become a multi-award-winning chamber ensemble and establish itself at the forefront of British brass chamber music. 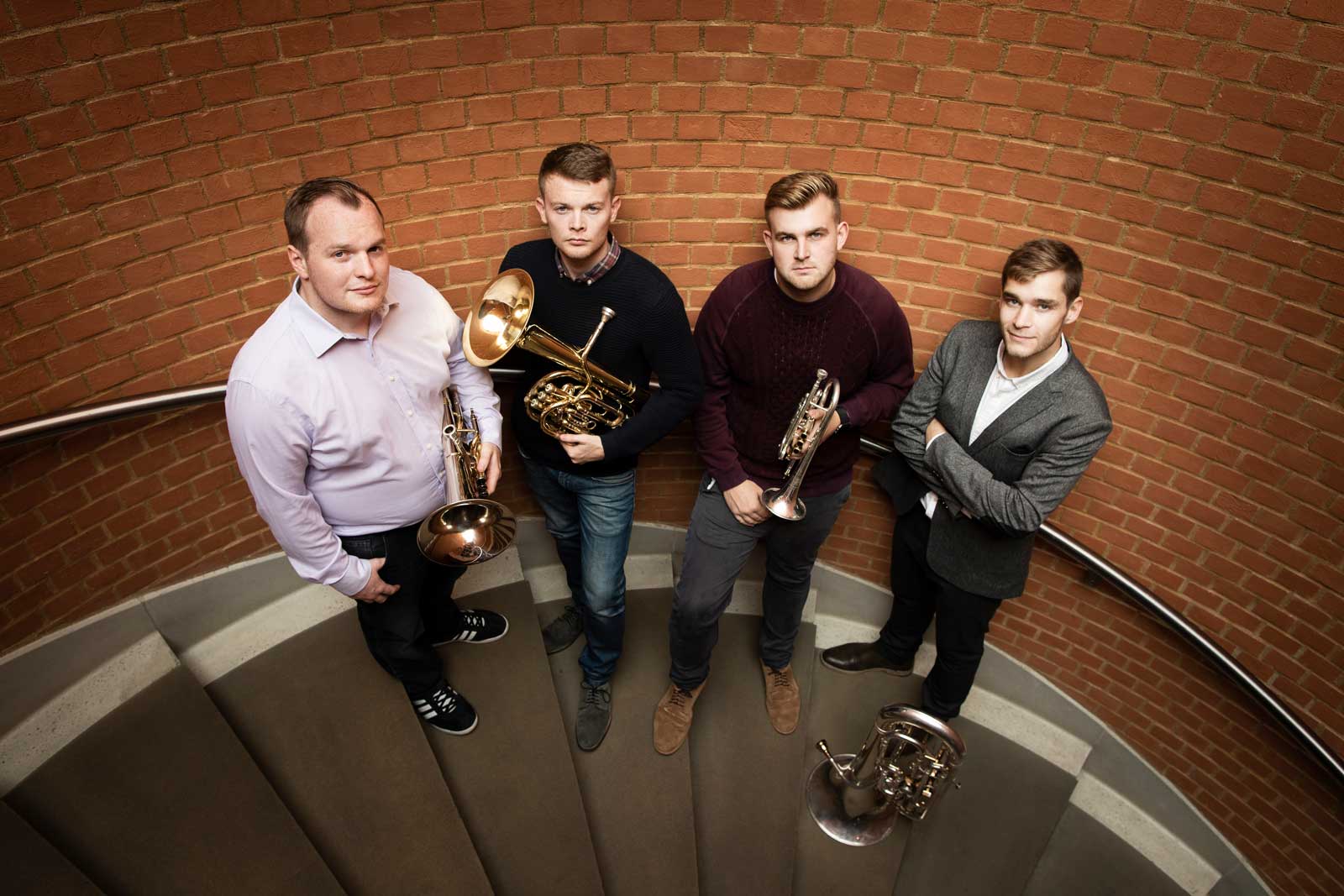 In September 2018 they were selected to become City Music Foundation Artists and the following month were the first brass ensemble to ever win the Royal Philharmonic Society Henderson Chamber Ensemble Award. They also regularly work with Live Music Now and Music in Hospitals & Care and are committed to expanding and diversifying their work. 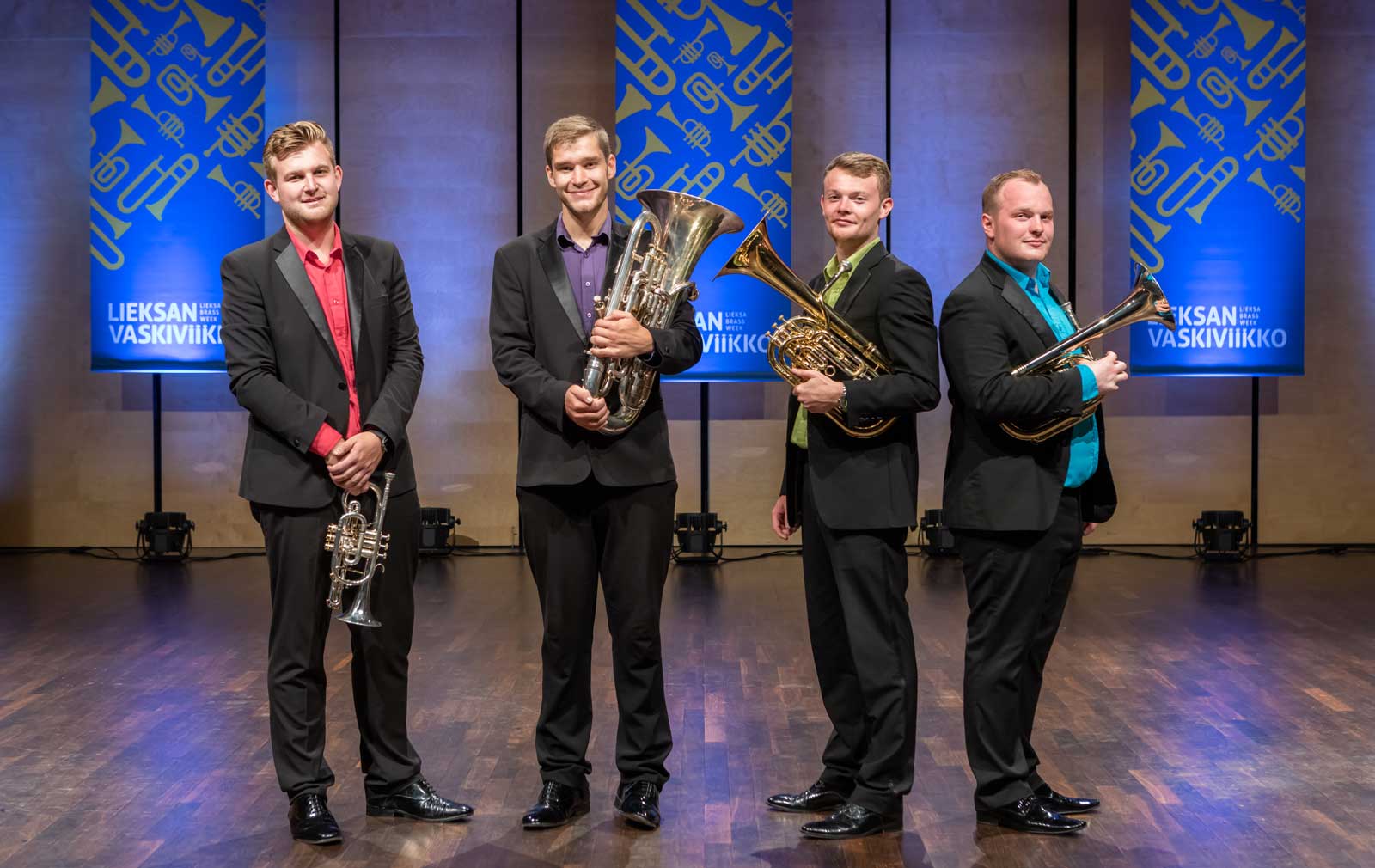 Furthermore, in December 2020 A4 Brass Quartet became the first ever ensemble to be awarded Associate Members of the RNCM (ARNCM) in recognition of the Quartet’s success in the music profession.

The Quartet has featured on national television and radio, appearing three times on both ITV’s Christmas Carol Concerts and BBC Radio 3’s ‘In-Tune’ with Sean Rafferty and Katie Derham.